A Few Words from Coaches Steve Cochrane & Ralph Passey:
What a fantastic turnout on such a beautiful day. Some of us arrived early on the 14th September and had a chance to soak up all the atmosphere. Everyone was keen and there was a great buzz of parents and children talking… and coaches worrying! Everyone got a chance to try the bikes out first, so they could warm up and get used to the gears; as well as find a bike that fitted them. Everyone brought a helmet and gloves with them – and the helmets fitted everyone’s heads well! It was all very safe!
The races themselves were mad – a series of 7 heats, with points awarded for rider placings in the heats and finals, the exact formula of which was done by Jason Cattermole’s team of organisers! Everyone tried their hardest and all of our riders did a tremendous job, riding very well. Most of us did better in the finals than in the heats – we saved our best until last!

The following results are noted:

Our final place as a team was 3rd, behind Lee Valley (1st) and Sutton (2nd). Jemma Bowler came 3rd girl overall. We received a bag of prizes from BC with the riders getting a wristband, either a bag or T-Shirt – and of course a bronze medal each! Well done team! 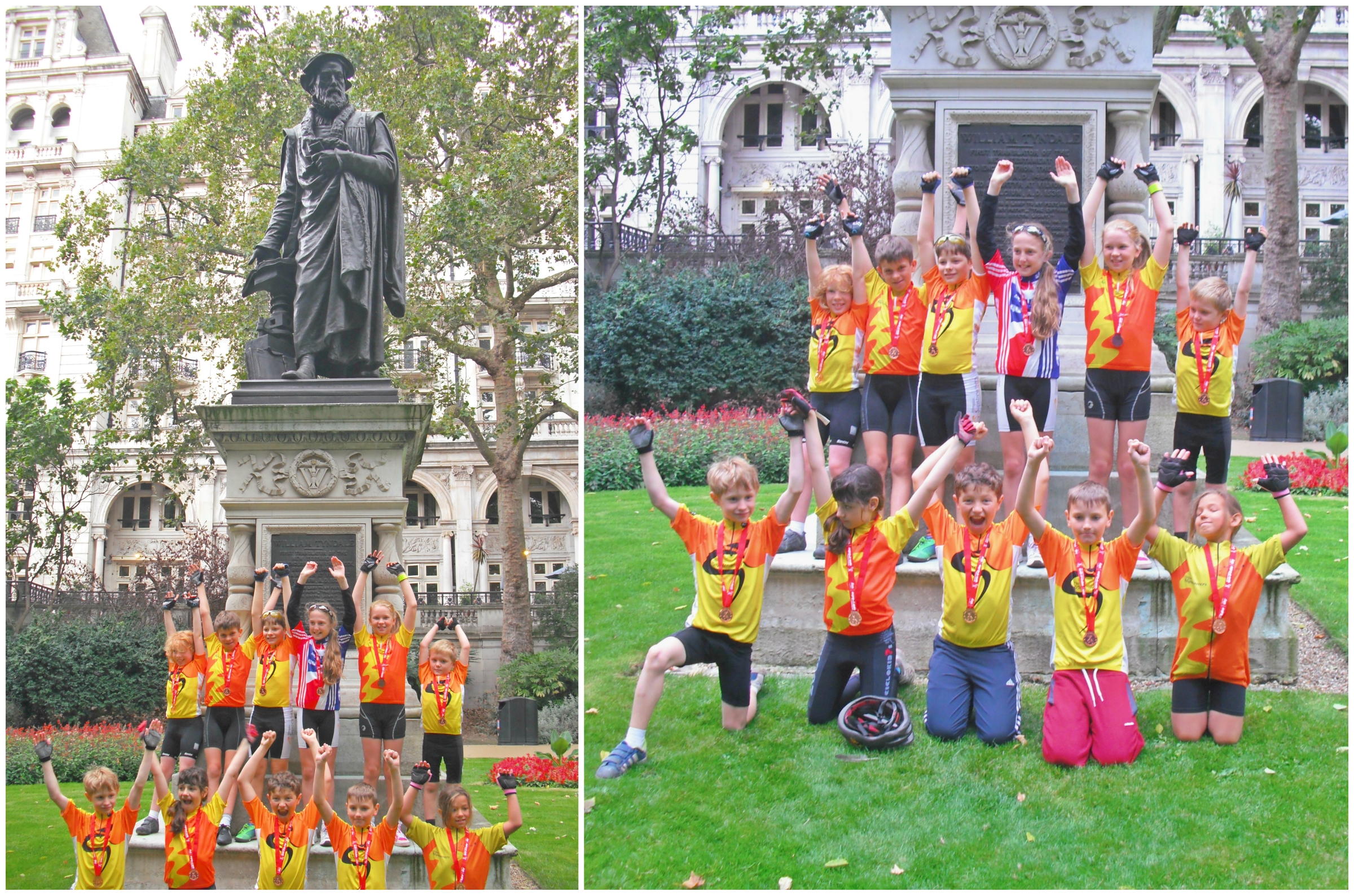 We think we’ll do even better next year because we had a very young team out, but we all learnt so much and we’ll make sure that we keep practicing “bin races” all year round so that we keep the skills level high. It was great to be there and everyone had a great time. There was a very friendly atmosphere, meeting many riders from different clubs – in total about 100 riders from 11 clubs. There was even a big cheer as Bradley Wiggins went past during the time trial which went past the Go-Race event.

After the races, lots of us went round to the team buses to spot top riders and try and get autographs from the ToB racers. Betty and Lilly got Adam Blythe and Matt Dowsett’s autographs, stood next to Wiggo’s mum and nearly got Cav’s autograph – all in twenty minutes. Dylan managed to hop into the Sky car, posed with a few “Post” cycle team rider, and met a few Eurosport presenters!

Overall, it was fun and interesting to be on the ToB team and we are looking forward to next year already. The riders all had a great time and in the words of Slipstreamer Dylan Williams-Prior, “It was the best day ever.”!

Thank you Steve and Ralph for being the driving force behind putting the team together, and making this happen. Well done to all Slipstreamers who took part, and thank you to everyone who went along to support the team!