It marked the end of a remarkable 17 and a half years of association with the club, making Keith our longest serving volunteer at Slipstreamers – his wisdom and expertise will be sorely missed, and the the club owes a huge gratitude for all the hours he has put into Slipstreamers! At the inaugural Committee meeting in January 1998 he became our very first chairman, and this was after helping coach during the Autumn of 1997 when the Slipstreamers were being formed. Throughout his time at Slipstreamers, Keith has given his time both as a road coach and track coach. He again became Chairman for a second term in 2007 for 2 years, before deciding to remain at the club as a coach only. 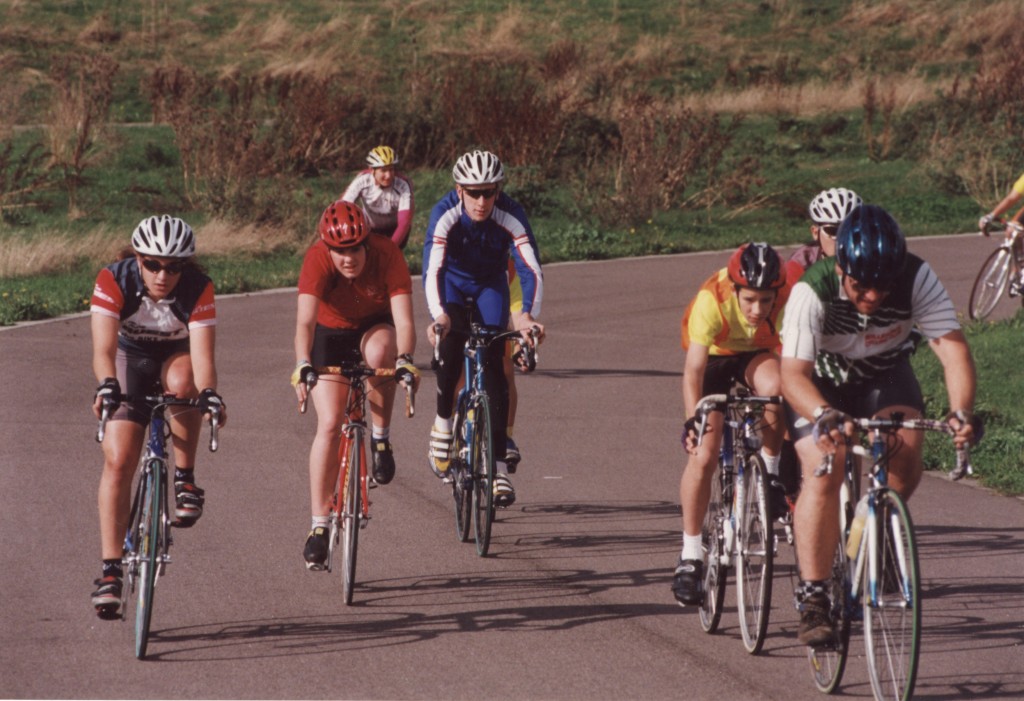 Can you spot Keith?

His two sons were also part of the original “squad” at Slipstreamers and Keith would be part of the coaching team sending them on all sorts of adventures and events within the cycling world. The coast to coast ride across the northern half of Britain, touring using youth hostels for night stop overs and amazing successes for the club at national level. Some of those Keith has coached are now happily married and bringing up their own children, some have continued in their cycling and become well known national level cyclists. Keith’s wife, Aileen, was always helping at the club with catering so it really was a family affair, as is so often with our family of volunteers.

Highlights include introducing Slipstreamers to the noble art of cycling polo, using his Land Rover to pull the children’s sleighs up the hill during a particularly large snowfall, being a successful  team manager for the London Youth Games, acting as a derny rider (with a very sore b** after a long stint in the saddle), being in charge of a memorable fun games at Black Park – the list goes on.

But really, his undying desire to coach the children to enjoy the sport of cycling is his legacy – THANK YOU KEITH!