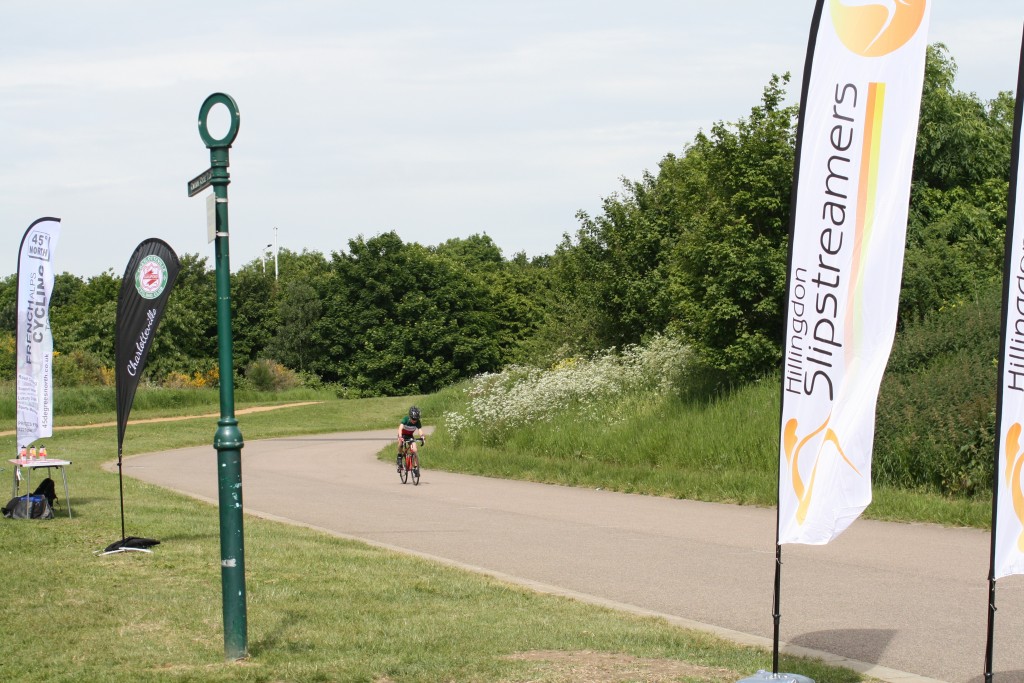 A beautifual day for a Time Trial event!

This year’s event clashed with the North West Tour for youth riders, and whilst the number of riders was down on last year, the quality of the Time Trialing wasn’t. We held five 9.6 mile races this year comprising of:

The racing went well to plan – with enough time for us to post results between races and distribute trophies. The weather also went to plan – it turned out to be a very pleasant and reportedly fast day, with sunshine, a bit of cloud, and eventually a spot of rain just in time for the Come and Try It race. 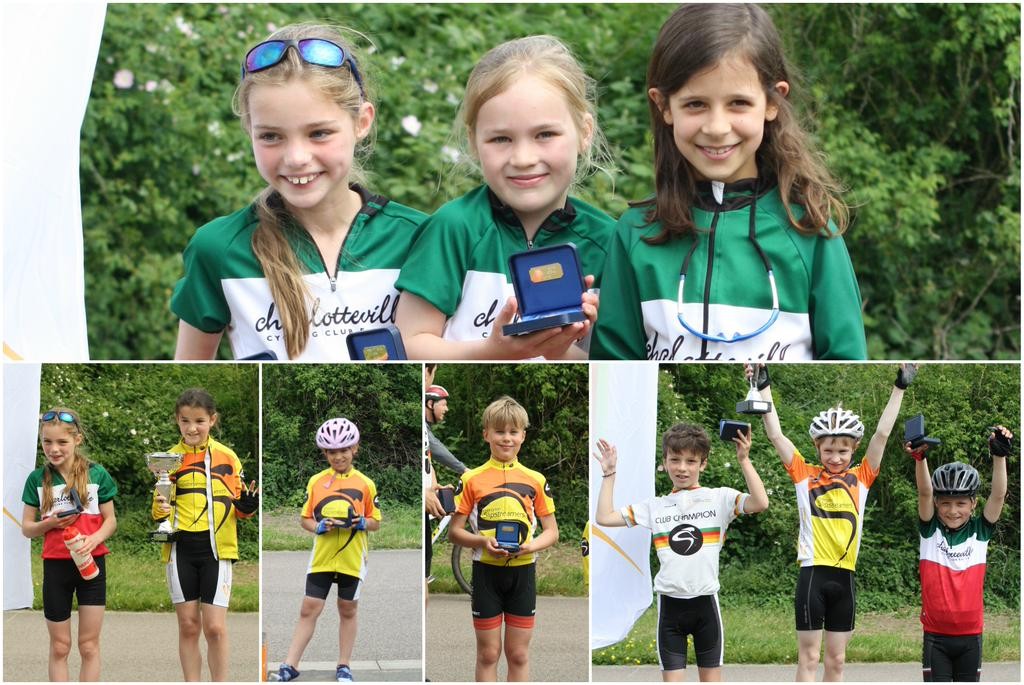 The U10’s race started at 10am, with the young riders eager to show their Time Trialing prowess. Finlay Hawker (Slipstreamers) managing to put over 2 minutes into his teammate Stanley Kent to take the trophy. Caitlin Loveless (Slipstreamers) proved herself faster on the day to take the winners trophy. Charlotteville’s girls squad of Kiki Webb, Electra Morris and Delilah Webb took the team prize, whilst Slipstreamers (Finlay Hawker, Stanley Kent and Pascal Giret) took the team prize for the boys. Full Under 10 results here. 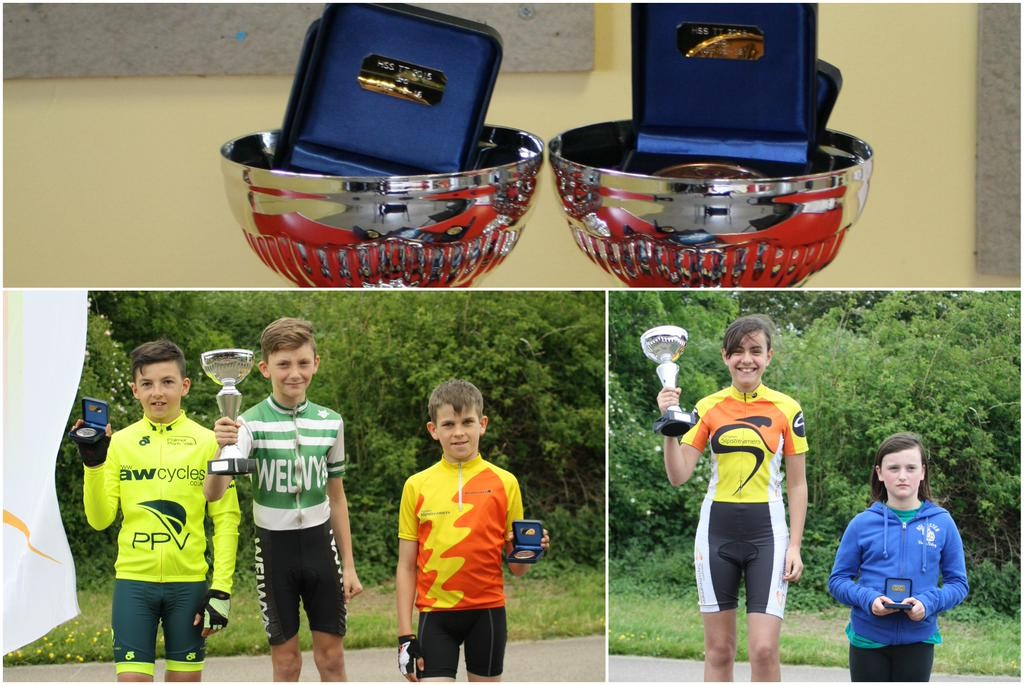 The U12’s race was next. Joe Keily (Welwyn Wheelers) dominated from the start, with a very fast pace to set 25 minutes 47 seconds as the time to chase. James Ashcroft (PPV) turned out a very respectable 27:33, followed by Alex Uphill’s (Slipstreamers) 28:38. In the girls, Abby Old (Slipstreamers) managed to stay below 30 minutes to record 29:46 with teammate Esme Devlin taking second place. Hounslow Borough’s Ciera Pembroke-Pullen took third place in her first ever Time Trial. The team prizes went to Slipstreamers for both the boys and the girls. Rider Tom Stringer (Slipstreamers) suffered an early puncture, but managed to change wheels and still record a 29:56 – well done Tom! Full Under 12 results here. 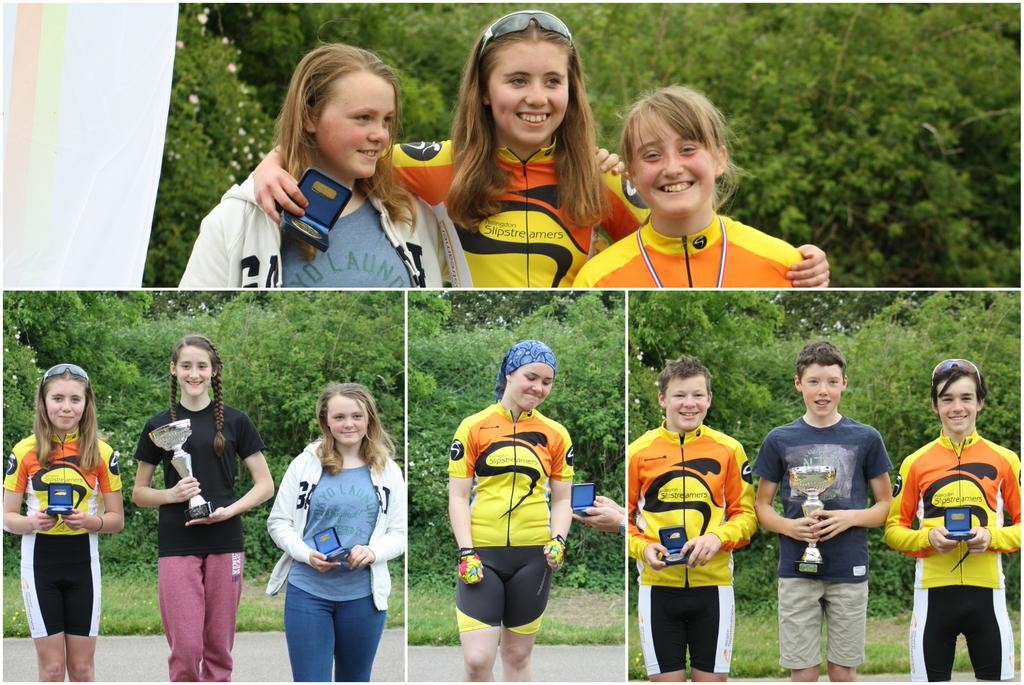 The U14’s race was the busiest of the day – and turned out some of the closest resulting times. Ollie Stockwell (Welwyn Wheelers) was the last rider off, but his style and speed was a pleasure to witness, as he powered through the course putting out a very cool 23:05. The Slipstreamers boys could not match the pace, but all came across the line within a very small range, with Tom Portsmouth (24:26) and Peter Hewson (24:44) taking 2nd and 3rd respectively. Lauren Higham (Welwyn Wheelers) also put in a superb effort to take 1st girl with 25:20, from Slipstreamers riders Zoe Brookes (27:07) and Jessica Henning (28:15). Slipstreamers took both the team prizes for boys (Tom Portsmouth, Peter Hewson, Morgan Evans) and girls (Zoe Brookes, Jessica Henning, Elizabeth Marvelly). Full Under 14 results here. 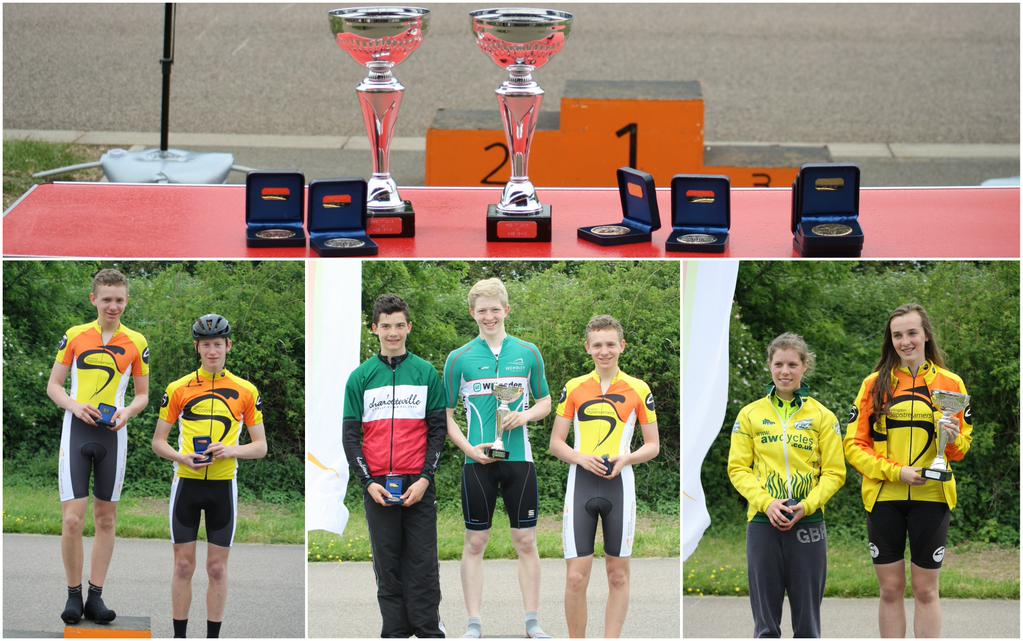 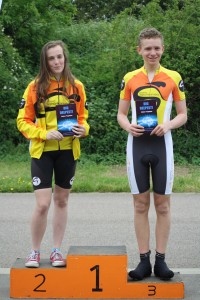 The last youth race of the day was the U16’s. This was going to be interesting – the first three seeded riders are all Slipstreamer members – but two of them are 1st claim members of other clubs. The usually friendly outlook of the boys was about to turn serious as the competition between clubs started to heat up. Josh Copley (Willesden) was targeting a PB of a sub 22 minute ride – and he met his goal coming in at 21:53. Second place went to Ieuan Woods of Charlotteville with a 22:43 – this is the day after obtaining a PB on the Farnham course on another 10! Jamie Wimborne (Slipstreamers) missed out to Woods by just 7 seconds to take third place.

For the girls, Savannah Hewson (Slipstreamers) set her own PB time with a very respectable 26:29. Gabriella Butler (PPV) overcame her startline nerves and recorded a 28:39 to take 2nd. Slipstreamers boys (Jamie Wimborne, Jagjit Virdi, Sam Farman) took the team prize for the boys.

In addition, 3 time winner of the British Best All Rounder (BBAR) at 25 mile, 50 mile, 100 mile and 12 hour, Adam Topham, donated two signed copies of his new book. These were awarded to the fastest Slipstreamers riders of the day – Jamie Wimborne and Savannah Hewson. Full U16 results here. 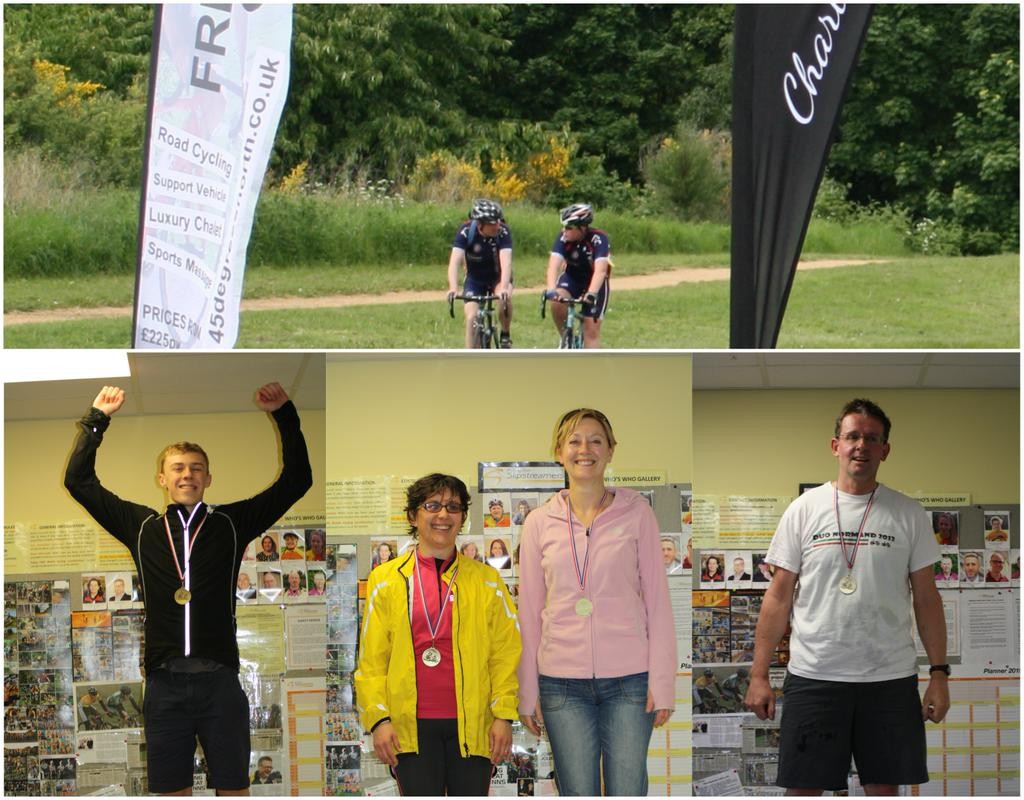 Come and Try It TT Winners

This year we arranged a “Come And Try It” event for parents to take part in – or a “can you beat your kid?” competition. It was great to see a number of parents step up to take the challenge. Unless you know what it is like to “ride a 10” you can’t really understand what your children are going through. The event was won for the males by Ian Portsmouth managing a 24:28 – just 2 seconds outside of his son Tom’s time of 24:26. Ian did say before the start that he’d done a few time trials before, and that “should he win” we should not make any fuss. It was also Ian’s birthday – so we were not going to let him get away with any of it! Second place went to Lex Makariou (24:55) and Jim Murphy (25:29). The lady’s event was won by Teena Flatau (32:44) with Helen Portsmouth (34:28) coming in at second.

Special mention goes to junior Harrison Tibbs. For Harrison, this was his first ever Time Trial, and rode his hybrid bike to record a 28:22. We hope that he enjoyed this, and look forward to seeing him on the circuits in the future. Full Come and Try It results here.

And finally, the event was staffed by an amazing group of volunteers – keeping sign-on open all day, serving drinks and snacks, keeping the BBQ grill alive, the tunes spinning, the stopwatch going, the pushing off, the general safety and governance – and who all helped to make our Inter-Club Time Trial the wonderful event that it is.

We hope you enjoyed it as much as we did, and that we’ll see you again at our Inter-Club Time Trial Sunday event next year!