Mini Roubaix: A Sunday in Hell with my Brother & Sister 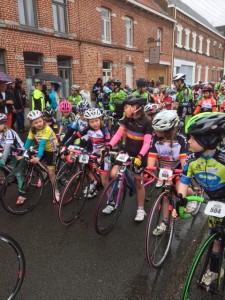 Last Sunday I went to France to ride a famous race called Paris Roubaix with my Brother and Sister. We had to stay in a funny hotel the night before and after a sleep had a buffet for breakfast and went to the race. We got our numbers near a Velodrome and I was in the “Poussins” category which is French Under 8’s. There were lots of riders from France, Belgium and Holland but also my friends from Hillingdon where there.

The race started in a village a long way from the velodrome so I got gridded in a small town called Hem. My Mum waited with me and my Dad took Joe and Bobbie to another start for their race. My mates Maddie and Ollie were also in my race – we had a neutral rolling start so I managed to get to the front by squeezing through gaps and saying Pardon – which is french for coming through! 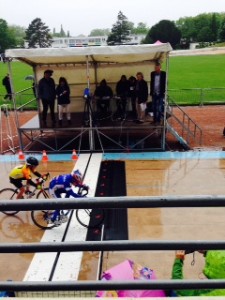 When the motorbike went fast we started racing – I broke away with a french boy but he got a gap on a corner near a roundabout, the roads where closed and lots of people came out of their house to cheer. Another boy came past then I got together with another french boy and we road together towards the cobble section (these are very bumpy roads that are called Pave in France). 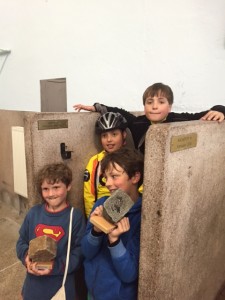 We rode into the velodrome, I was in front, the man said my name and we had a half lap sprint – he just got me on the line by a small space  so I came 4th. My Mum and Dad are really proud.

My Brother came in next and sprinted to 2nd (funny he fell off just after the line as it was very skiddy) and Bobbie my sister aged 8 got 3rd girl in the Poupilles category.

All my teammates did well some had crashes and punctures as this race is dangerous and famous in France.

The French people were very nice and like cycling – we watched the older riders come in covered in mud, crud and some had blood – but I think all were safe. We drove back to the Euro tunnel and saw our friends in the Car Park. It was a really fun race.

Thank you for such a super recap Finn!

Do search the News Hub for more reports from our riders just like this; and if you’d like to send us your cycling experiences, please do – we’d love to hear from you.